The two photographs in the Gallery, although interesting, are temporary place holders because this Gallery is reserved for photographs of the members of the subsequent Founding Classes of Rise, and their families and Baha’i communities.

The Founding Class will do heroic work. Their entrepreneurial courage and commitment will achieve what some consider impossible. Their prayers, and the prayers of their parents, and the prayers of their Spiritual Assemblies, and the prayers of National Spiritual Assemblies throughout the Americas will ascend and the Creator of All Things will hear and “He doeth whatsoever He willeth, and ordaineth that which He pleaseth”, and this Great Spirit, the Divine Mystery, the All-Powerful, All-Wise Creator of All Things alone can turn “a gnat into an eagle, a drop of water into rivers and seas, and an atom into lights and suns”, and this Mighty Spirit will uplift, inspire and inform every aspect of the struggle we pour into our work in order to achieve its objectives.

National Spiritual Assembly of the Baha’is of the Dominican Republic 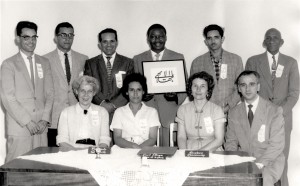 I have been blessed all my life to meet and be inspired by great Baha’i teachers including Hand of the Cause of God Agnes Alexander and Hand of the Cause of God William Sears. This photograph shows the first National Spiritual Assembly of the Baha’is of the Dominican Republic. The beloved Hand of the Cause of God Enoch Olinga was sent by the Guardian to attend the formation of the National Spiritual Assembly and he holds the Greatest Name. The woman seated at the left is Sheila Rice-Wray. She is known as the Mother of the Baha’is in the Dominican Republic. My father was a Foreign Service Officer with the U.S.State Department and a diplomat with the American Embassy in Santo Domingo. As a teenager I taught spoken English in the Dominican American library where Sheila Rice-Wray was the librarian who hired me to teach English. I walked her home several times and she gave me lemonade and cookies. Sheila Rice-Wray was the first person to mention the Baha’i Faith to me. She showed me books and pamphlets, and told me the principles of the Faith. I remember meeting all of the Dominicans in this picture. They were kind. I weep to think they prayed for me.

Wikipedia reports, “At the time of Columbus’ arrival in 1492, there were five Taino chiefdoms and territories on Hispaniola (modern-day Dominican Republic and Haiti), each led by a principal Cacique (chieftain), to whom tribute was paid. Ayiti (“land of high mountains”) was the indigenous Taino name for the entire island of Hispaniola….”

The interesting thing is this photograph of the first National Spiritual Assembly of the Dominican Republic was taken in 1961, near the very spot where Bartholomew Columbus, brother of Christopher, founded in 1496 the first Spanish city and university in the Americas. It is clear Baha’is everywhere are working to attract everyone into the Great Circle of life. 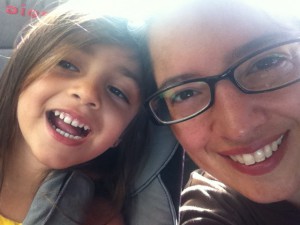 Ruhi was cradled by Andy Vidovich in the home where Wovoka spent the final years of his life. Andy held Ruhi and spoke with us about the Baha’i Faith and told us how the Indian way and the Baha’i way fit. Andy would be proud to know that Ruhi, the tiny baby he cradled at his home on the Walker River Paiute Indian Reservation in Nevada, grew up and pioneered in Xi’an, China for 12 years. In 2013, Ruhi moved to the island of Molokai, Hawaii, to home front pioneer where the 19th century Hawaiians sent everyone with leprosy. This island has a population of 7,000 people and one stop light. When she got there, she was walking down the road and a young Hawaiian asked, “What are you doing here?” Ruhi said, “I came here to help kids with their homework.” The Hawaiian said, “Okay, let’s get started.”

The Founding Class of Rise needs 20 young Alaska Native and American Indians with exactly that spirit. The spirit of “Okay, let’s get started.”