The overarching purpose of the Rosa University system is to serve and follow the guidance of Abdu’l-Baha who wrote in the Tablets of the Divine Plan, “Attach great importance to the indigenous population of America” because “…these Indians, should they be educated and guided, there can be no doubt that they will become so illumined as to enlighten the whole world.”

Required intermediate step. The Rosa University system will require tremendous resources and consecrated souls. In future these consecrated souls will come from the ones being educated, and the university will continue to be self-funded through the efforts of the students of the Rise Business College at every branch. In order to be self-funding Rosa University requires an intermediate step. The step will be provided by the young Rise school students who, among a host of other skills, will learn how to create and launch internet startup entrepreneurial ventures, and the success of this activity will – through the Grace of God – produce the profits necessary to support Rise and thereafter establish the Rosa University system across the Americas.

Most people believe that before you can do anything of value you have to be trained for many years to do it. However, the computer and internet age provide ample proof that an adventurous and youthful spirit and the courage to take action and charge forward unrelentingly can arguably be compared to an American Indian warrior spirit and can create massive change.

These multi-billionaires started their enterprises while very young:

These young men were bright but no more than hundreds of millions of others across the planet like them, however the thing these young Founders had in common more than everything else was they each had a clear objective and the drive to solve problems in order to achieve and, in all cases, surpass the highest expectations of their objectives. They knew what they wanted so they learned-while-working to solve problems and achieve their objectives.

Throughout history and in every industry, courage and a little knowledge trumps timidity. Abdu’l-Baha said, “Be not idle, but active and fear not.” The young Alaska Native and American Indian Baha’i students of Rise will astonish and delight the world. The American Indian spirit is a gift of God and therefore “…there can be no doubt that they will become so illumined as to enlighten the whole world.”

If you are a young American Indian Baha’i or Alaska Native and have a burning ambition to do something great for all of humanity, come to Rise and bend your will to creating the circumstances that will self-fund the entire Rose University system. It can be done by being unrelenting and applying the undefeatable warrior spirit that lies dormant in every man and woman. We just have to do it. “Intention brings attainment.” 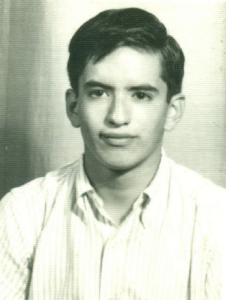 This is in the internet age and the Founding Classes of Rise, the Rosa Internet Startup Entrepreneurs, can create the circumstances that will lead to the establishment and self-funding of the entire Rosa University system.

I started with $60 and built a multi million dollar company in the computer industry in two years. I sold that company and pioneered with my family in the Brazilian Amazon for three years. I have an entrepreneurial flare and I know Alaska Natives and American Indians have the right stuff because the same genes are in me. Let’s build Rise and Rosa University together.